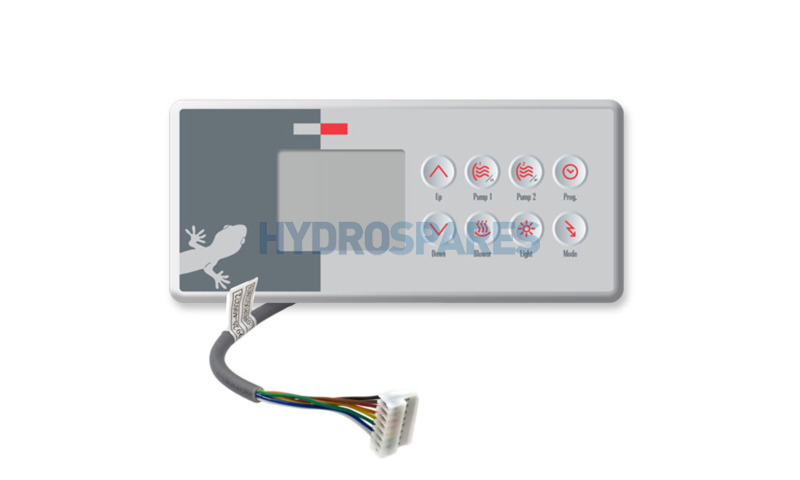 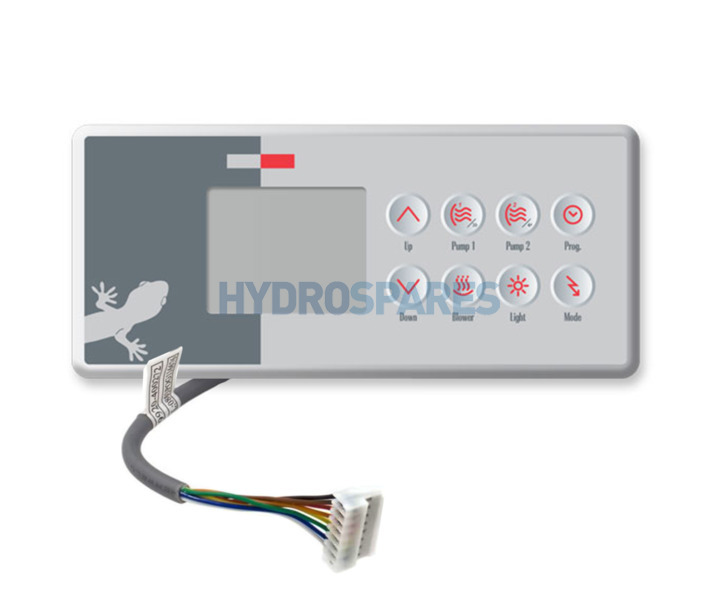 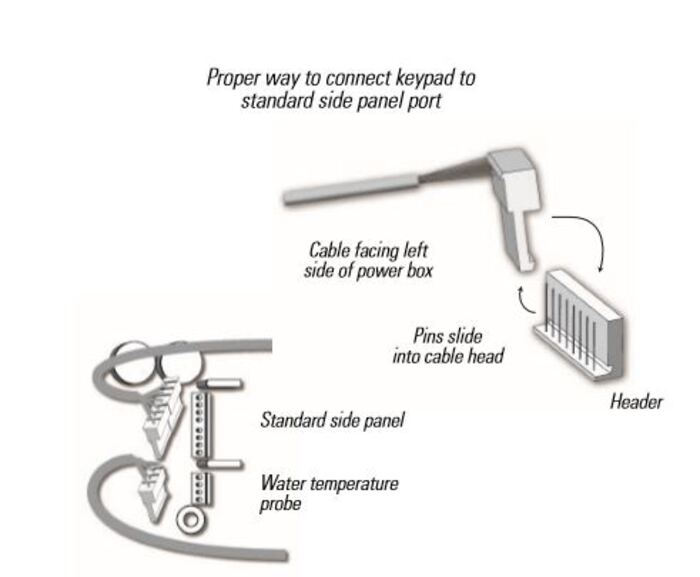 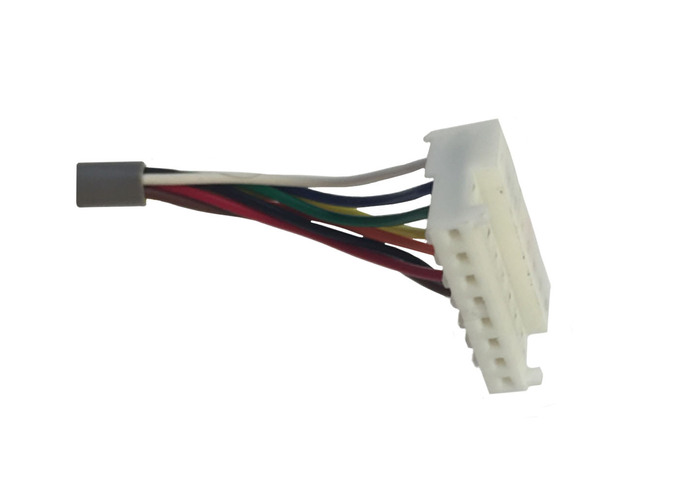 8 button topside control used on Gecko spa control packs. Model information can be found on rear of panel.
The K4 topside can also be found connected to some Hydroquip and Spa Builders control systems. They are also used on the blue SMD spa packs in many Gulf Coast spas. Often found on older spas from Gulf Coast Spa, Hydropool amongst others.
Oblong connecter with 8 terminals.
Supplied with overlay pictured.