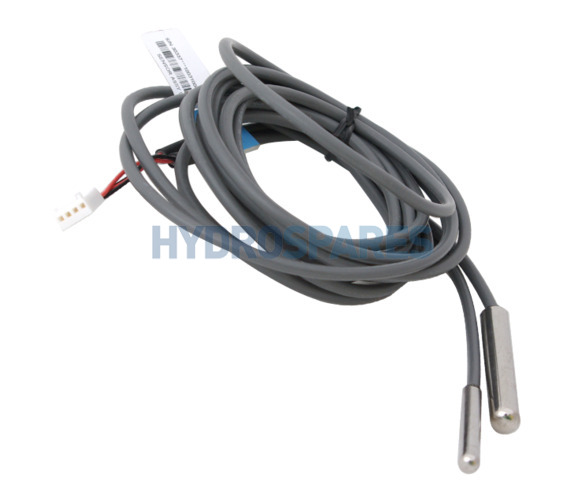 Balboa temp and hi-limit assembly is for the older M1, M2 & M3 heaters that use PSI sensors.
Used in Balboa spa packs such as the M3TUV, Lite Leader and 2000 Value series including 2005LE, the large sensor measures water temperature from a thermowell situated in your hot tubs wall. While the smaller sensor is the hi-limit shut off sensor which fits the small panel on the heater. Very common on older spas, with the older style metal boxed Balboa controls such as the M1, M2 & M3 systems. Used by many spa brands over the years such as Spaform, Canadian Spa, Hydropool, Hydrospa, Leisurerite, Catalina & many many more.