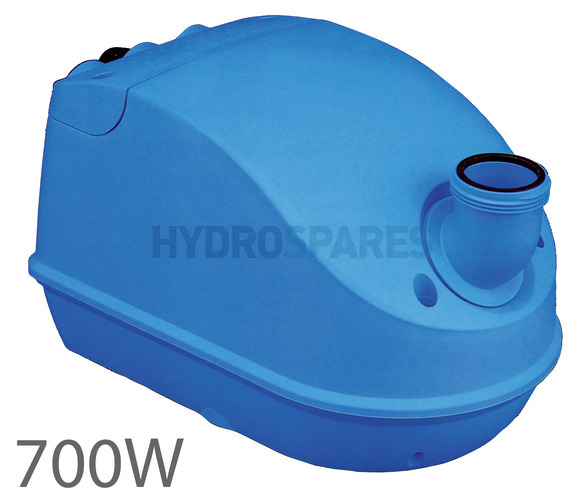 If you find the same product on offer at a lower price at one of our competitors then we’ll match that price.
More details
Read More
Share this product

The HydroAir Genesis range of blowers are easily identified by their distinctive blue casing. They are used by many hot tub manufactures but will more commonly be found as the blower of choice in many whirlpool baths out there.
The Genesis range all feature rotatable outlets making installation easy and a threaded 1.50"BSP x 32mm union is included.
A host of options and features are available throughout the range. See the specifications below.

The G70-2AN-S comes fitted with a pneumatic control box which allows, the blower to be operated by the push of an air button.