The facts about Stabilised Chlorine Granules 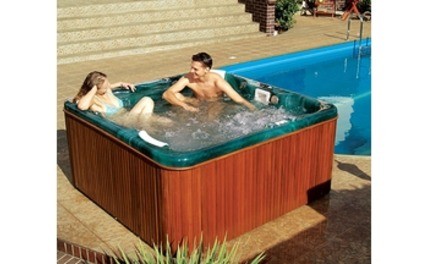 Chlorine is a very effective sanitiser, it has been used in pools and spas for years & is still one of the most popular treatments.
Chlorine is slowly being substituted with other available sanitisers primarily because of its harshness and strong odour.
Alternatives now include Bromine tablets or the even more skin friendly weekly dose treatments such as Aquafinesse.
We have included some of the main features and benefits of Stabilised chlorine granules (Dichlor)

Dichlor is a granular form of stabilised chlorine donor giving about 55% available chlorine.

Chlorine Levels should be checked regularly.
Maintain between 2-5ppm residual chlorine.
To increase by 1ppm (mg/l) of available chlorine add 1.8g of Dichlor to 1000 litre of pool water.
Maintain the pH between 7.2 and 7.6Stabilised chlorine granules (Dichlor) are used very widely to chlorinate swimming pool & spa water. The features, benefits and disadvantages are described below.

Stabilised chlorine granules (Dichlor) dissolve in water to give not only the free chlorine (hypochlorous acid) that sanitises, but also isocyanuric acid.
Stabilised chlorine granules (Dichlor) contain 56% available chlorine.
Most commonly supplied as a granule, but can be tabletised.
Probably the most commonly used form of chlorine for smaller domestic pools.
45gm Dichlor will raise the free chlorine level of 25,000 lt water by 1 mg/litre (part per million).

Regulatory Information
Use this to check what is behind the brand name.
Often you are buying a simple chemical. Look on the regulatory part of the label and most of the following should be there.
Chemical Name (or "contains"): troclosene sodium, dihydrate. This is the "official" name in the UK Approved list.
It is far more commonly called sodium dichloroisocyanurate which is often shortened to dichlor.

Unlike liquid sodium hypochlorite, it is in a granular form, and is stable on a long term basis when kept in cool dry conditions in a closed container.
Because it does not contain calcium, it can be used to sanitise hard water without increasing the calcium hardness
It is reasonably close to neutral when dissolved in water and therefore requires less pH correction than trichlor and calcium or sodium hypochlorite
The use of stabilised chlorine granules (Dichlor) adds isocyanuric acid to the pool water which resists chlorine loss from the effects of bright sunlight

Because it is a weak oxidising agent and contains stabiliser, Dichlor is not suitable for shock dosing
Excess stabiliser can build up in the water causing the chlorine to become "locked" and unavailable for sanitising.
The isocyanuric acid level should be maintained between 50 to 100 mg/litre

Shock dosing or superchlorination is a process by which bather impurities are removed from the pool water. When chlorine combines with amines it forms chloramines. Hence, the term combined chlorine. Chloramines have little or no sanitising value. They are the cause of odour and irritation complaints. Often this is a sign that there is too little chlorine in the pool, not too much. Because it is a strong oxidising agent, Calcium Hypochlorite (Spa granular Shock) is much better for shocking than dichlor

Dear Customer,
Following the recent announcement from the Prime Minister it appears our business is allowed to stay open. However the safety of our staff and customers is paramount, so all staff that can work from home are now doing so. The warehouse is still being manned and whilst the couriers are collecting from us we will continue to process and dispatch orders as normal. If you need to contact our customer services team then please do so in the usual way.

Look out for our exclusive Trade only deals every Tuesday

Enjoy 30% Off for one day only.
Just Enter code BLACK at the check out